CHICAGO – July 15, 2021 – As the US Department of Defense (DoD) released its highly anticipated UFO Report last month, an upcoming film, The Alien Report, offers a striking counterpoint to the Pentagon’s dry, factual rundown on UFO activity. The DoD report, while unprecedented, nevertheless merely acknowledges that UFOs are in America’s skies. However, the report does not speculate about what they are — only that the observed UFOs are not a creation of the United States military.

“For anyone holding their breath seeking detailed UFO answers, the Pentagon UFO Report has been a letdown,” said Michael Sell of EarthsDreamland.com, the film’s production company. “Our film is based entirely on the legend of the UFO phenomena, presented as a 78-minute, cinematic experience that directly contrasts with the cautious, well-crafted messaging of the Pentagon’s UFO Report. The Alien Report focuses on who’s piloting these crafts and hints at an agenda that is truly otherworldly.”

Audiences who have seen a sneak peek of The Alien Report are describing it as a bombshell revelation into what alien abductees have been describing for decades. Some UFO enthusiasts are watching the film two and three times. Movie Critic, Wendy Schaderwald, previewed an early release calling it a “must-see” that is thrilling, spectacular and eerie for a non-Hollywood type movie. 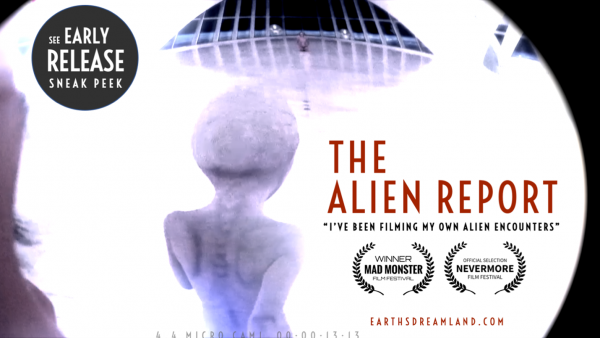 Sell added, “There is a proverbial door in the darkest corner, in the deepest cellar that leads to a pit of never-ending studies and stories of people who have claimed to have been aboard UFOs and interacted with other-worldly telepathic beings and human-hybrids. There are thousands of books written on the subject. Entire lives have been devoted to researching the controversy, while billions of dollars have been spent and made on the UFO phenomena in literature, cinema and retail. Ask any ten-year-old child in America to draw an alien being, and they will likely draw a gray, humanoid entity with large black eyes, oversized foreheads and a frail, tiny body.”

These legends notwithstanding, the Pentagon refuses to publicly walk down the ‘hallways of surmise’ because those corridors lead to only two conclusions: either UFOs are a foreign military technology, or the planet is being observed by purposefully elusive alien beings. The Pentagon has already hinted that they are not totally confident these UFOs are from a foreign military. Navy pilots who observed recent UFOs have gone on the record describing these unusual aerial crafts as “not from this world.”

While NASA’s Rover collects dust particles on Mars in search of million-year-old, ancient microbial life, Earth’s skies are abuzz with tic-tac shaped UFOs that are outmaneuvering the most advanced United States’ military super-jets, then disappearing at warp speeds without sonic booms.  One may ask, why are we searching for microscopic life on Mars, if something far more obvious is making an appearance before our eyes, here on Earth?

For those choosing to delve into the mystery of this current UFO phenomena, but are unwilling to invest a lifetime digging into the subterranean rabbit-hole of the alien legend, EarthsDreamland.com, a new startup film company, will share its breakout alien phenomena movie narrated by a troubled, deaf teenager who’s been filming his own alien experiences with hidden micro cameras embedded in his Cochlear implant. From the first minute of this movie until it’s end, audiences will see everything this alien abductee sees, in vivid detail.

UFO researcher and Author, Nomar Slevik, described The Alien Report as “unlike anything I’ve ever seen, it’s truly haunting and so jaw-droppingly genuine, you’d think it was real.” The Alien Report journeys through a trio of underlying sublots that interweave between telepathic beings, human-alien hybrids and the elusive Men In Black. 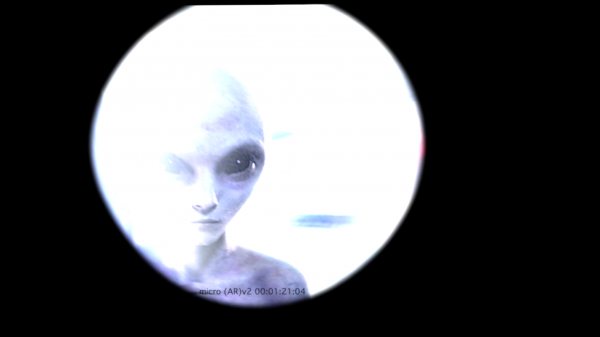 “It’s not a traditional narrative style movie,” said Sell. “It’s a POV experience filmed on modern, tiny cameras that bring you right into the action, it’s close-up alien encounters of an unusual kind.  No UFO movie has ever brought the viewer right into the movie for its entire duration, especially one created from an impossibly tiny micro-budget.”

A special pre-release of The Alien Report is being tested and available now at EarthsDreamland.com, until it’s released broadly later this year, beginning with a sneak peek tour at select drive-ins throughout the United States.

A virtual church called the Church of New Enchantment for “Christian Witches” opens its doors.