MENUMENU
Home Arts & Entertainment press releases 2 Minutes In Space Sci-fi Survival Game New Levels Causes Huge Excitement
Facebook
Twitter
Pinterest
WhatsApp
Rarepixels behind 2 Minutes in Space have given gaming fans what they want, and that is a new level where players have their own naval fleet. The game which is available for iOS and Android devices has been responsible for people having to charge their mobile devices more than normal due to the amount of time they play the Sci-fi game. 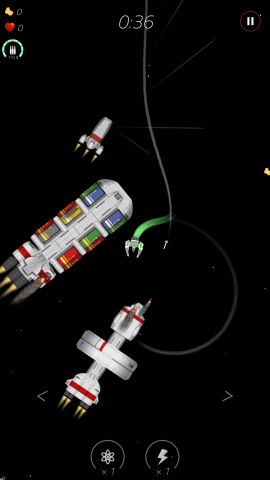 One of the most talked-about sci-fi games of 2020 has just announced the introduction of a new level. 2 Minutes In Space, which was launched by indie game studio RarePixels for iOS devices has become one of the most played Sci-fi survival games in the world.

When it was rumored there was going to be an update to 2 Minutes In Space, fans quickly jumped on social media to ask if the news was true. Fans were keen to know how RarePixels could make a game that has been credited as being one of the best free games of recent years any better. Well, RarePixels has confirmed the rumors are true and the update will blow players minds. 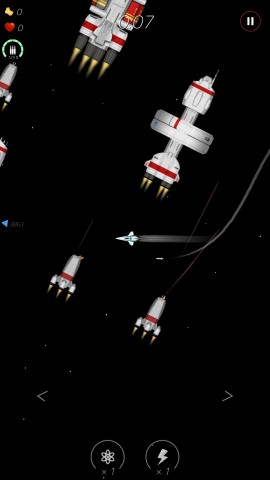 The update is the introduction of a new level. The new level provides players with their own naval fleet. This means more excitement, more challengers, and scores to beat.

When asked to explain more about the update a spokesman for RarePixels explained: “The new level “the fleet” means your loneliness in space is over! 7 different ships, featuring 4 unique types will accompany you wherever you go. A cargo ship, medical frigate, and a carrier will aid you in your journey, whereas small shuttles will help you shoot down your enemies.”

No one thought 2 Minutes In Space could become even better, but with the new level and new features, it has. For those fans that think the game will become easier to play then think again. With the new level and features there comes many more challenges. That includes avoiding all the space objects floating in space.

2 Minutes In Space requires skill, nerves, and determination to come out on top. For those that feel they have the fast reaction needed, and the skills to beat the enemy, then visit http://www.rarepixels.com/games/2-minutes-in-space/

Rarepixels is an indie game studio based in Santa Cruz de Tenerife, Spain. Its first game Planes Control was launched in Summer 2015 and has gained a remarkable positive reputation in the gaming world. In 2020 Rarepixels also opened SPACE coworking – a workplace dedicated to remote workers and digital nomads working for gaming and other creative industries.

Holly Macleod Awarded the 2021 PADI IDC Platinum Award for the...

A Vibrant Architect and Author and his Portfolio