Ally Cribb’s worldliness outweighs her sixteen years. Filtered through her own sonic vision, she reimagines Radiohead’s seminal track “Creep”, stripping away the guitars until all that remains is its core: a living, breathing thing – just her, and her piano.

Covers are a risk, but Ally Cribb has entirely reinvented “Creep” as we know it. Drawing on the foundations of the original and developing new dimensions, the track has become her own.

“The song’s haunting lyrics called out for a more reflective musical approach,” Cribb explains. “At its core, ‘Creep’ is really a song about fragility and vulnerability, and I wanted to communicate those delicate emotions with simple piano and exposed vocals.”

She elevates the lyrics that, in a rock sphere, would have to compete for prominence, so that they stand sharply at the forefront. The feeling of brokenness and hopelessness they convey is something that in Ally Cribb’s cover, is hard to ignore, with her voice ringing crystal clear. 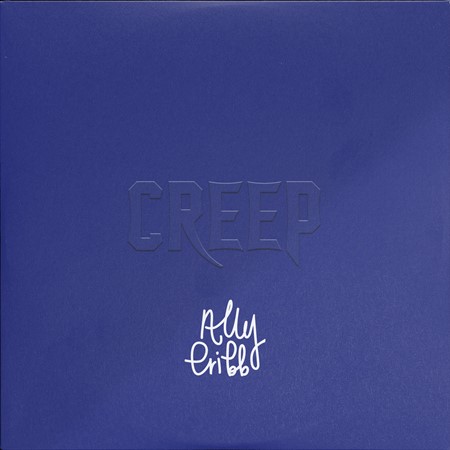 A self-confessed empath, what drew her most to “Creep” were the lines: “When you were here before / I couldn’t look you in the eye / You’re just like an angel / Your skin makes me cry.” She says, “To me, the words speak to insecurity and intense, unrequited love,” she tells. “I chose a musical approach that I thought most closely reflected those feelings, and I hope I have done it justice.”

In choosing to wear her vulnerabilities with pride through the medium of the song, she taps into untold strength. Bravery, after all, is what defines Ally Cribb’s music best.

Ally Cribb has been on this earth before. Her voice is heavy with a soul that defies her sixteen years. While her home city of Toronto, Canada has exposed her to a rich and diverse musical scene, for Ally, “What I do is all about creativity and imagination: two things that can be found and fostered anywhere.”

She always understood music. It was a gift she inherited from her father who, too, is a musician and a writer. Through her own flair for creative expression and an instinct for conveying sentiments to sonics, when she started singing lessons at the age of eight, Ally never looked back.

As a natural empath, Ally Cribb’s experiences have given her song-writing sensitivity and resonance. Just like her heroes Ella Fitzgerald and Joni Mitchell, what she sings demands to be felt.

Her debut release, a cover of Radiohead’s “Creep”, sees the track transformed beyond recognition, swapping guitars for the gravitas of the piano, which brings the song newfound dimensions of vulnerability and strength. For Ally Cribb, this is only the beginning: “Music is the one thing I wanted to be really good at. I’ve been working harder than ever to advance my abilities to write and create.”

Samuel Kahn – A Professional Claims Adjuster In Manchester, Safeguarding The...

Choctaw Nation Tribal member, captured the crown of the 2021 National...

Virtual Real Estate Up For Grabs With the Launch of Next...