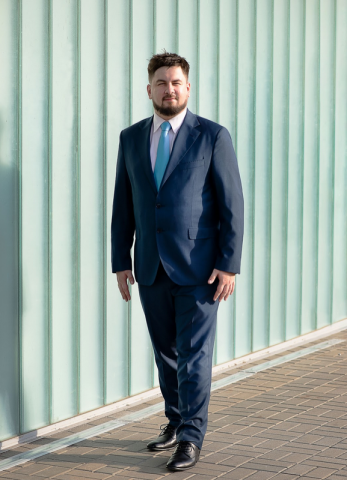 Bus, with an AI degree, has been focused and stressed on introducing advanced technologies and strategies to lead businesses to another level of success. He has been an inspired engineer to youth who has been working hard to improve the software systems and web performances. Other than a hard-working programmer, Bus is a motivated engineer focused on increasing application and system performance, improving software quality.

Bus entered the world of business right after his graduation in 2011. Ever since, he specialized in process automation, system integration with high use of AI, apps & systems development, mainly focusing on marketing, financial, technology, and education market branches. After his successful debut in business, he held a management position in businesses combined with the frontline developer and advisory roles. Other than these roles, he confounded, managed, and advised various technological startups. One of his recent accomplishments was an interactive whiteboard solution for pre-primary education.

His innovative contribution to pre-primary education shows his willingness to be a knowledge provider. He worked in various educational departments despite working on several programming projects. Moreover, Eager to share his knowledge and experience, had an episode as a Python Academic Teacher while still being active in the business. Being a python academic teacher, he inspired various students to be a successful IT specialist and a multitasker businessman.

Bus is not only an IT specialist but a modern technology enthusiast who is working on multiple technological projects to advance the business world. He is currently working on software developments and various other applications to make the internet more accessible.

Grzegorz’s contributions have continuously been evolving since his young age as a freelancer developer and now as a successful businessman.

In 2020, Bus led a funding round for Arakel & Bus Inc. along with three other investors creating one of the most powerful and robust marketing companies in the United States, which is known as one of his most recent successes.

From a young freelancer developer to a successful businessman, academic teacher and IT specialist, Bus is making this world an era of modern technologies through his contributions to the advanced world. His contributions are also making a debut in the marketing world after the inception of his new firm, a new sensation in the US markets.

The story of Grzegorz Bus tells us how a journey of hundreds of miles begins from one step. Bus took a one-step of working as a freelance developer that led him to various walks of success, be it a business or completion of a software project. The technological contributions of Bus are setting examples for all the programmers who are just beginning and trying to make their way towards success.

Holly Macleod Awarded the 2021 PADI IDC Platinum Award for the...

A Vibrant Architect and Author and his Portfolio