It’s been another amazing release year for Dar.Ra and Kusha Keep Music with over 50 titles put out already, starting with ‘Ballads For The Down-Trodden’.

The album in essence it’s a collection of some of the more laid back moments from various albums and EPs over the years, plus two best of remix albums ‘Majestic Retrospectives Vol 1 and 2’ and the ‘Kings n Serfs EP’, which has two of the best videos made for the tracks ‘Sweet As’ and ‘Londinium’.

As the album suggests with its title it’s a mixture of joy and sadness as only Ballads can deliver, subjects roll from losing someone too early on both ‘Rewind’ and ‘Evermore’ to the thought of walking up with the perfect girlfriend who happens to be transgender, on a track called a ‘Girl Like You’.

Nothing is as it seems on any first listen with Dar.Ra and his song writing, as digging deep into subtexts reveal another whole level of storyline and subliminal messages, not that anything sinister and mind controlling is at work, but merely to suggest that not everything should be handed away so easily on first experience, which all Art should do.

The past year also witnessed even more classic music released with the ‘Stand Up For The Heroes’ pandemic tribute to Frontline workers around the world who have held it all together for the rest of us to stay at home and wait for the storm to pass. Salute to the Heroes still.

‘Lights Dark Night’ remix and the ‘Beat Bhangra Stance’ remix broke new ground for that Rock/ EDM cross over, while mixing Bhangra with a epic rock track the Beat sounds like a juggernaut coming at you full speed. 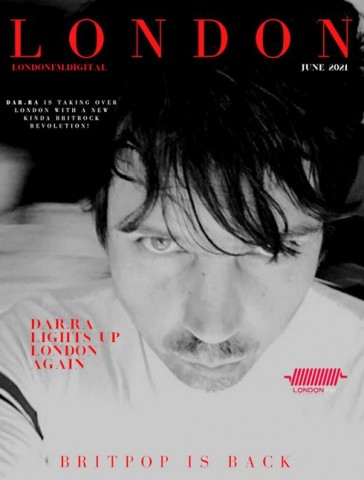 ‘Whisky n Honey’ and ‘Rise Like The Sun’ EPs added to the sonic storming of the airwaves, with countless Indie radio stations around the world doing what they do best and supporting new music.

Dar.Ra was on call doing interview after interview to get the message out there without the help of the big corporate players in the game.

‘Everything starts with the flick of the green money changes everything’.

A lyric from the track ‘Start Again’, features a re-master from a young Producer based in Italy called Astro who has breathed new life into the track that appeared on the 2008 Soul Hours album.

Astro has ben a key ingredient to the releases this year as he has put a magic touch to all of them. The Majestic Retro albums where a labour of love as most of those tracks where already mastered and to make them sound fresh with not much room to maneuverer was not an easy task.

Those two albums feature of 40 tracks between them going back into the vaults and finding gems from the 90s to the present and tracks Dar.Ra’s output for over 20 years.

The Kings N Serfs EP was also a labour of love after finding three songs that had been penned for a film about London which never got released, but sat on the hard drives for four years, before a decision to put them out was made.

Londonium was a huge tour de four of Musicial story telling finding a London family who go back through the ages, they where there when the city was born are some of the opening lines, as the tale unfolds.

Family members who served King and Queens down for the past 200 years are mentioned in a 6 and half minute theatre piece which ends up in the present day warning us not to turn our back on what made the place we know today.

Its not a story that commends what happened in the past, merely the people who played a part in the making of this city. As the title of the EP suggests Kings n Serfs it’s the everyday people who get used and thrown away when they are no longer useful that the story chooses to honour.  There is a great film to go with Londinium as is the case with Sweet As another track which tells the story of the boy who grows up on the wrong side of the tracks from the same family, but has a little bit of luck and finds a piece of gold in The River Thames which brings him riches he could only dream of. The animated film that goes with it is as uplifting as the storyline that it only takes a little bit of belief and luck to turn your life around.

There is a new album in the pipeline and another EP to follow later this year.

We are all just looking for that little bit of luck to change our fortunes; the trick is to never stop believing that it will happen.

All these releases by Dar.Ra can be found on Spottily and the usual suspects: