First responder and firefighter veteran Nick Wingo launches his brand Building Grit along with his bestselling Amazon book and podcast. The goal of the organization and the mission of Building Grit is to promote mental wellness in first responders and fire fighters, as suicide rates are so high among these professions. After experiencing PTSD himself, Wingo decided to launch this brand because he wanted to do something about it and he felt that he had an obligation to share his story with others who might be struggling with their own mental health issues. Building Grit was founded on the principle that “everyone should have access to information about how we can look out for our mental well being.” The website also offers resources for those seeking help or just looking for someone to talk to has been through it.

Nick Wingo was a firefighter for over 15 years, and now as a civilian he is the founder of Building Grit. Nick shares his story through his book and podcast of how being a first responder he saw and experienced things that no person should have to causing him to have PTSD.

The reason Nick Wingo is so passionate about spreading the word and being an advocate for our first responders mental health is because he knows first hand what its like to not have access to the resources needed.

Nick has since found solutions that work for him by working with professionals, finding self-care alternatives, and building self awareness. 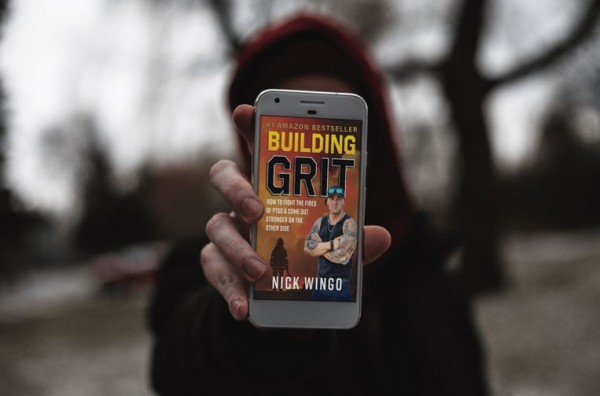 Building Grit was created by Nick Wingo to bring firefighters and first responders the resources that they need to improve their overall mental wellbeing. After being a firefighter himself and experiencing the trauma and developing PTSD he had to find the resources himself and doesn’t want anyone else to experience that.