New York – With the presence of its directors, actors and cinema lovers, NYC Latin Media film company held the premiere gala of its most recent film Liberate, directed by the Dominican director Walmy De La Cruz at the Lowes AMC facilities in Manhattan.

The film, which will be released next November on Amazon Prime, was written by Esteban Carbajal and produced by Raquel Ureña and Steve Sanchez, and was shot entirely in the New York.

The film tells the story of a doctor from the city who announces that he has an innovative treatment to free people who suffer from life long phobias in only two weeks. Many people flock to his offices, but only a select group is chosen for the mysterious treatment. 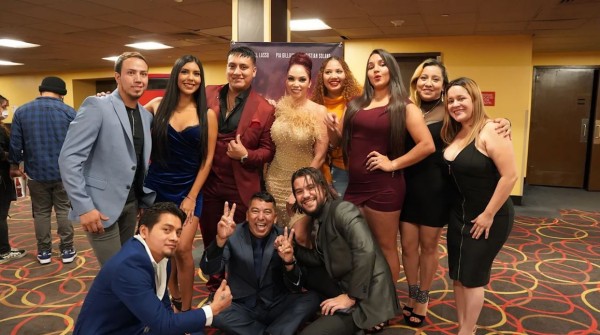 During the premiere, Raquel Ureña, founder and CEO of  NYC Latin Media, addressed those present and thanked all the sponsors who supported the film and commended the  entire team that was in front of and behind the cameras.

“I am very proud of my production team because once again they have shown that you can make quality cinema on a micro budget and this is the best way to prepare for when those  millionaire budgets arrive. If you know how to work with little, imagine with a lot,” he said.

Ureña, positively highlighted the participation of the cast, as well as that of the protagonist of this film: “For us it is a privilege to work with the actor Carrell Lasso who has a long career in the industry and is a great example of responsibility, discipline and dedication for our talents”, she concluded.