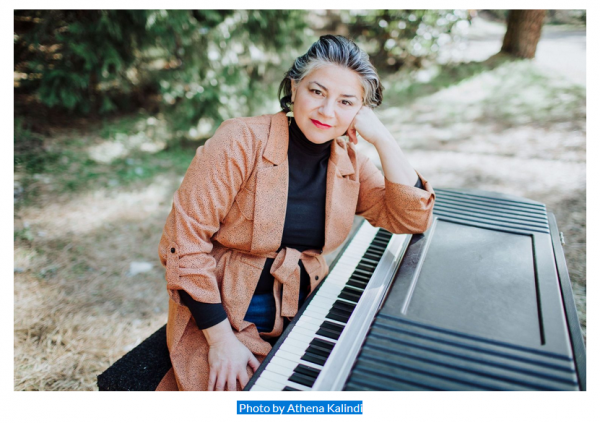 Michelle Amador, a multitalented musician and artist, will soon self-release a six-song E.P. entitled “You Are Where You Belong.”

A few years ago, Amador and her young family were ready move from Brooklyn where they had lived for 11 years to find a new home; somewhere they could settle into a comfortable space while exploring new terrain in both the literal and metaphorical sense.

A lifelong multitalented musician raised in a family with a rich musical background, Amador was happy to land herself in the Sierra Nevada foothills of California. As might be expected, she was immensely inspired by her new location and the results lie in the E.P. that effortlessly skips between lilting lyrics and folk-jazz tempos throughout. 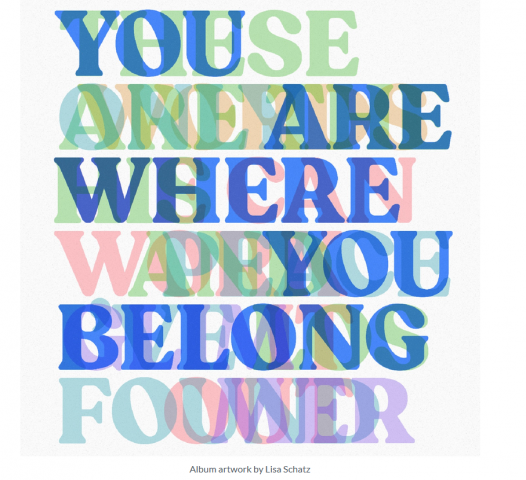 Amador recorded “You Are Where You Belong” in the famed Figure 8 Studios in Brooklyn, New York with producer Eli Crews, a process that was in many ways unknown and refreshing to Amador who has self-produced previous releases.

“It was my first time working with a producer on my own music,” Amador said. “I’ve worked with producers before where they write the music and I write the lyrics and melody, but this was me pulling in a producer to help me refine my own songs.”

“I loved working with Eli and recording at Figure 8. They’ve created a space where artists can feel natural. Many times, I am overly critical of my recordings. With Eli and Figure 8, I sound like myself.”

The six songs that appear on “You Are Where You Belong” are often danceable, with an array of instruments like trumpets and elaborate percussion employed. Amador said that much of the material was borne out of everyday observations and small pleasures like dancing in one’s kitchen while preparing a meal.

The artist isn’t keen on labeling the genre of the music she writes and performs, though the element of delicate electronic jazz is impossible to ignore while traversing the E.P.

“With my music, I’m observing human nature and inviting listeners to consider why we are the way that we are,” she said.

Amador’s release doesn’t begin and end with the music contained on the release. Amador plans to release a music video for each of the songs, spanning out over the next six months or so with room for spontaneity and unplanned inspiration.

“The first (video) is by me, self-produced, and as I go through the remainder of the songs I will be collaborating with others.

“Imagery has always come to mind when I am writing music. With this release, I am expanding the way that my music communicates,” said Amador.

Tripleabeats.com, the One Stop Destination for Hip-Hop & RnB Instrumentals