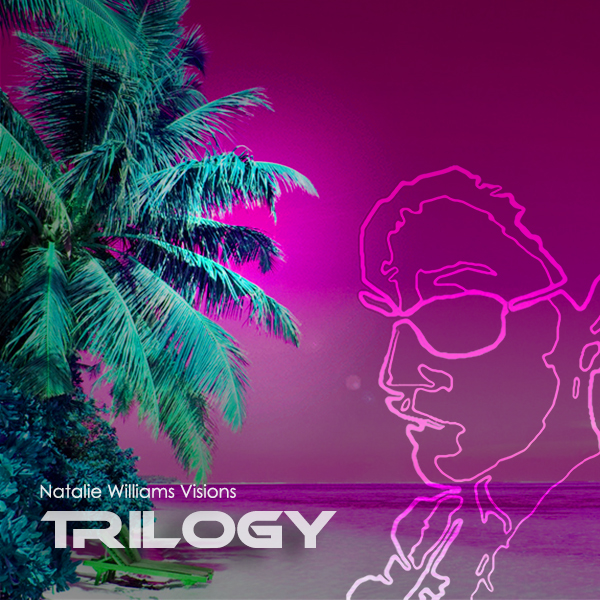 “Trilogy” is the name of the new EP from the Visions series by Natalie Williams Visions, which is dedicated to clubbers and deephouse music lovers. The British-born artist, who lives in Switzerland, produces her songs herself.

Stylistically Williams is to be found in the field of Electronica, even if due to her long lasting musical experience different influences are recognizable.

Williams describes the tracks “Now” “I feel” & “Your Soul” as “pumpy and deep” at the same time. Natalie Williams’ musical career to date encompasses a broad spectrum of electronic rhythms.

The current EP is available in digital form on all relevant online platforms, including iTunes, Amazon MP3, Spotify and many other online stores.

Born in England, Natalie Williams was soon to move to Switzerland, where she grew up. From an early age her home was filled with a wide range of music.

She started her career as a singer at the age of twelve in a local small band. A few years later she joined a gospel choir for a while, which strengthened her decision to continue singing. During her teenage years she experimented with all kinds of music. Together with friends, they spent countless hours practicing hip-hop chanting and scratching. Another part of her musical development was the excursion into the world of punk and rock music, where, together with a number of like-minded people, she spent some time in a bomb shelter trying out punk and rock.

After a short musical interruption as a young adult, she met a DJ & acquaintance, who broke the proposal to record jingles for him. She liked this idea, so she could deepen her knowledge of voice & microphone. This led to a series of lyrics and short vocals which he could use in the clubs for his sets in the world of house and RnB. While she concentrated on her professional career, her hobby, music, was put on hold for about 3 years. But the joy for the music remained and so it happened, during her stay abroad in Dublin, that she was accepted as lead singer of a 70s funk band.

During this time she started experimenting with electronic music software and developed her first own composition in 2007.

Meanwhile Natalie Williams Visions is a musician with many years of experience in the areas of music production, mixing, mastering of electronic music and also as a DJ on the road.

SellUsYourJewelry Is Expert Among Diamond Buyers