London, UK – In a time of great suffering, a Bhakti Yoga group is organising a worldwide event to spread joy throughout the world.

During this period of great, and sometimes overwhelming, suffering, the Bhaktizoom Seva Team, a group of volunteer Bhakti Yoga enthusiasts, are organising a global event to ignite and spread joy in the hearts of people, irrespective of nationality, ethnicity, gender or race, across the world. 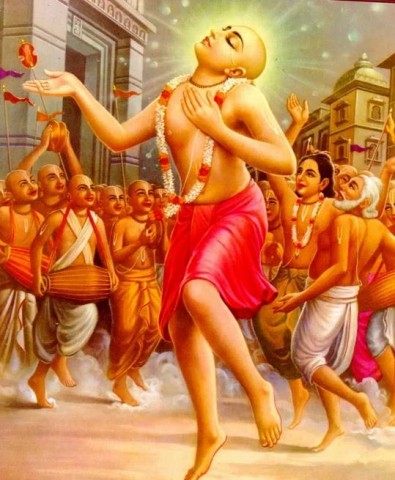 The Sankirtan events themselves will consist of traditional Indian instruments played by various musicians accompanied by chanting led by local Kirtan leaders in each City at their own specified times throughout the day which will also be live streamed via the World Sankirtan Day Facebook page: https://www.facebook.com/World-Sankirtan-Day-International-Day-of-Joy-101275848795635.

Yasodanandana Dasa, Coordinator of the Bhaktizoom Seva Team has explained: “the entire world has experienced intense suffering since Spring 2020 and many parts of the world are deeply affected today. We want to stage a worldwide event that reminds us that while we all experience suffering, we can also experience joy together and celebrate the wonder that is life. Participating in song and dance in an open and free event like this gives everyone an opportunity to celebrate life even in the face of adversity. We will be coming together in celebration across cultures, age, race and religions in 108 cities.”

The Sankirtan movement was started 500 years ago by Chaitanya Mahaprabhu, a saint from India and it is for everyone of all backgrounds. It is very simply the chanting the holy names of God in a group with the intention of bringing love and joy to all. Somewhat like a choir group but the difference being it is traditionally done outdoors while moving from place to place along with musical accompaniment such as Mrdangas (two headed drums) and kartals (Indian cymbals).

“Just as a microphone amplifies the voice, Sankirtan amplifies what is in the heart so that everyone can share and join together in one mood, one of love and joy,” says Karuna Mayi Dasi, a volunteer with the group.

In 108 Cities Around the World

The World Sankirtan Day team invites everyone to be a part of one of the 108 Sankirtans that will garland the globe this July 11th. Experience the joy, bliss and happiness that comes from chanting the Maha Mantra with others. Starting in New Zealand and touching every Continent, the earth will be connected in the vibration of love and joy!